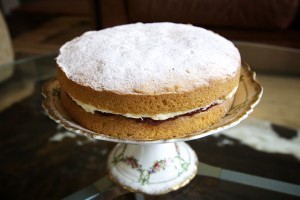 The story takes place in a typical domestic setting in a house somewhere in suburban England. It is the story of a husband, Ben Harris and his wife, Laura Harris and their relationship. The story is centred around a simple everyday activity as Laura looks to cheer up Ben by surprising him by preparing one of his favourite treats.

The film opens with Ben in a reflective mood as he sits down to thumb through the paper. He is soon distracted though and decides to go out for one of his long walks to get some air. Laura sensing Ben’s mood decides a treat is required as a pick-me-up for Ben. She sets to work in the kitchen cooking up a storm. She speedily finishes the preparation just in time for Ben’s return.

As soon as Ben returns and steps foot in the house he can smell the baking and begins to wonder what has happened. It is clear from the action that Ben and Laura love one another dearly. In fact it is the nature of this relationship which is at the heart of this film and which give it such an endearing quality. The surprise treat looks tasty too! 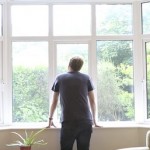 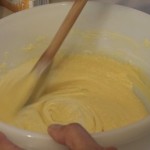 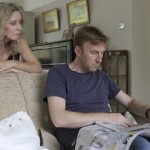 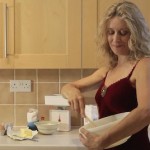 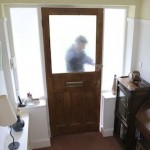 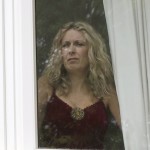 “The Cake” movie is now available to watch on our vimeo channel .

Watch the trailer for “The Cake” on our Vimeo channel.

Meet the people behind Half Cut Films in our Making The Cake documentary.

It was important to find the right music for the film; we knew from the outset that we were looking for two very distinct styles to match the very different characters portrayed in the film. We found tracks that suited this perfectly and we are really pleased to have connected with two great sets of musicians, namely: Jared C Balogh and Dot Dash. Both bands have been kind enough to let us use their music in “The Cake” and it really enhances the action. 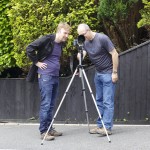 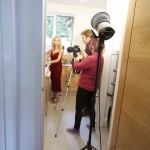 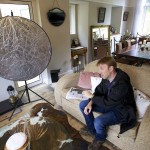 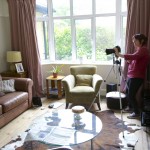 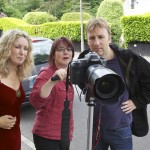 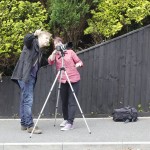 The cake has been entered into several short film festivals, and has received the Audience Special Mention in September’s TOFF (The Online Film Festival). 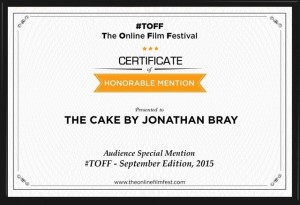